The Mülheim Water Award is a business award, sponsored by RWW Rheinisch-Westfälische Wasserwerksgesellschaft mbH and GERSTEL GmbH & Co. KG, both from Mülheim in Germany.

RWW is one of the biggest water suppliers in Germany with over 100 years of tradition. The company owns eight water works, 13 water tanks and one hydroelectric power station to supply about 900.000 households and industries with about 75 million cubic meters water per year. The supply area includes 850 square kilometers, from the border of the Netherlands in the North down to the Bergische Land region in the South. The pipeline network has a length of 3000 kilometers. To be able to supply our customers with the highest standard of drinking water, around 440 employees work for us, who are continuously monitoring the constant high quality standard. Shareholders are the cities Mülheim, Oberhausen, Bottrop, Gladbeck, Recklinghausen and from the beginning RWE, now innogy.

GERSTEL delivers unique solutions for analytical chemistry “Made in Mülheim an der Ruhr” to the whole world. The solutions are developed and produced solely in our headquarters at No. 1, Eberhard-Gerstel-Platz in Mülheim. Internationally, the company is well-known for their filigree technology, sophisticated know-how, excellent quality and satisfied customers. Family-owned in the second generation GERSTEL was founded in 1967 in a converted garage. These days it is one of the leading system and equipment suppliers world-wide for automated sample preparation for Gas and Liquid Chromatography. 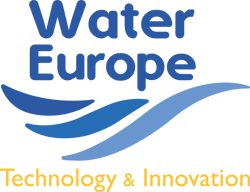 Water Europe, short WE, is the recognized voice and promotor of water-related RTD and innovation in Europe. Initiated by the European Commission in 2004, WE strives to increase coordination and collaboration in the water sector and water using sectors. Main purpose is to enhance the performance of the water service providers, water users, and technology providers in a sustainable and inclusive way and to contribute to solving societal challenges through RTD&I. 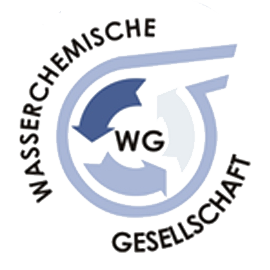 The Water Chemistry Society is a specialist group in the “Gesellschaft Deutscher Chemiker e.V.” (GDCh). It deals with chemical processes in the water and all areas of the water cycle. The Society unites chemists that work in the field of water as well as experts of related disciplines in order to support the exchange of thoughts and experiences.

The Mülheim Water Award is given under the patronage of the Lord Mayor of Mülheim.

Mülheim an der Ruhr is a city in the Ruhr region in North-Rhine-Westphalia and is located between Duisburg, Essen and Düsseldorf. The river Ruhr flows through the city area over a length of 14 kilometers. The history of Mülheim is tighly intervowen with the river and significantly influenced by it. The former leather- and mining city transformed over the course of the last decades into a multifaceted city that now is a popular location for businesses, service providers, research and technologies.

Since the 21. October 2015 Ulrich Scholten is the Lord Mayor of Mülheim an der Ruhr. He took over the patronage of the Mülheim Water Award from his predecessor Dagmar Mühlenfeld. 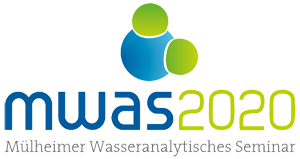 The Award Ceremony of the Mülheim Water Award 2020 officially takes place during the conference dinner of the 4. Mülheimer Wasseranalytischen Seminars (MWAS 2020) on the 16th of September 2020 in Mülheim an der Ruhr.

The biennial international event is for experts and practitioners from water analysis that work in research and day-to-day operations. In 2020, the Mülheimer Wasseranalytisches Seminar takes place on the 16.-17. September. Next to the concference programme there will be a large exhibition where companies are able to present their latest developments in the field of water analysis.

The implementation and organization of the Mülheim Water Award as well as the support of the applicants is carried out by IWW Water Centre.

IWW Water Centre is one of the leading water research institutes in Germany and a prominent member of the international research community. In its research branch, IWW is a private, not-for-profit company affiliated with the University of Duisburg-Essen and member of the Johannes-Rau-Forschungsgemeinschaft e.V. of North-Rhine-Westphalia. Main fields of activity are water resources management, water technology, water networks, water quality, applied microbiology, water economics and management.